Before & after- Pure Bliss Desserts 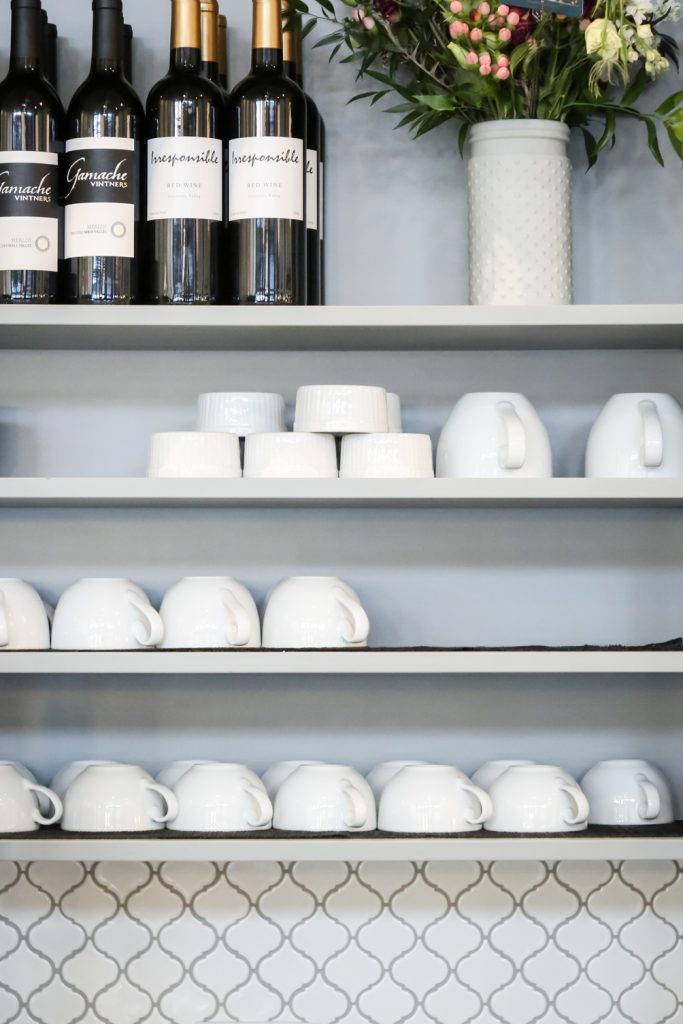 The Pure Bliss commercial remodeling project started in earnest in May of 2018. The main goal was more space, for both the kitchen and customer seating. We were also able to add more retail space and a larger display case for their desserts.

To get the space they need, Pure Bliss combined their compact sweet shop with the unit next door. The design team for Pure Bliss Desserts included Spiral Studios and [bundle] design studio.Working in two phases, we first built out the neighboring suite. When phase one was complete Pure Bliss moved their operation to the newly remodeled space. Then, we remodeled the original space. In the final stage, we ‘stitched’ the two together. This schedule allowed Pure Bliss to remain open during construction, except for a 10 day period of time when we ‘stitched’ the units together. By combining the two spaces Pure Bliss essentially doubled the size of their shop.

Before and after pics

Pure Bliss regulars will be excited to see that many of their favorite design elements were recreated in the new space. They saved the much loved pink couch and it sits in pretty much the exact same spot as before.
The biggest change is clearly that the space is bigger, which is pretty evident in these two pics. In addition, we raised the ceiling and added a row of upper windows, flooding the space with natural lighting.

These two images really provide the best view of the total transformation of the space. The striped wall is gone now and most of the space in the ‘before’ space is now seating, including two beautiful, welcoming banquettes! Pure Bliss customers will likely recognize the wrap-around bar and countertop, which we were able to reuse.

Pure Bliss had built in seating and a banquette in their original space. By essentially doubling their space they were able to add an additional banquette and more table seating. These photos highlight the dramatic impact of raising the ceilings!

If you haven’t treated yourself to a sweet treat at Pure Bliss Desserts since the remodel I’d suggest making a trip downtown. Because of the added space, Pure Bliss was able to diversify their desserts and expand their beverage offerings. There’s a good chance you’ll find a new favorite!